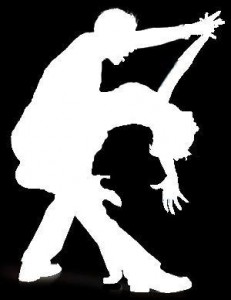 Lynn was naked, lying on her back, half-covered by a homemade quilt. Richard had gone to the bathroom soon after they’d finished and was wearing pants. He was propped beside her, one hand on his face, his elbow digging into the mattress. The negative space between the bed and his armpit described an almost perfect triangle.

Dawn was a streak of pink across the horizon; the color of skin seen through a fingernail. The light of morning crawled across the lovers in slow, morphing patterns, kaleidoscope complex; the sun seeming to search for their bodies through clouds, leaves, and window glass.

Richard ran his free index finger in languid, swirling patterns around and between Lynn’s breasts. He could feel their mixed sweat cooling on her skin and thought of tears falling into the ocean for no reason he could discern.

Lynn said: “I remember the first time I saw you.” Her eyes, normally as big and green as clovers, slid wistfully into blade-thin snake slits as her mouth, usually thin lips perched atop a perfect little chin, spread wide like a stream, parting to accommodate a stone. She giggled. Richard wasn’t sure if it was due to the memory or his finger, rose petal pressure, tracing her lines.

Lynn said: “Your hair was longer. I remember it hanging in your face.” Richard laughed into his chest for the same reason he had thought of tears and the ocean.

Lynn said: “I wanted to know your story. I wanted to know everything about you.” The curtains were open and outside the sun had gone the pale yellow of orange juice concentrate.

Lynn sat up, popgun quick, and screamed: “Dance with me! DANCE WITH ME!” The neighbor downstairs laid a rap-tap-tap on his ceiling with what sounded like the traditional broomstick, but could have been a shoe.

Richard thought, we should dance. He said: “We should dance,” and they stood up. She was naked. He had gone to the bathroom soon after they’d finished and was wearing pants.

There was no music. Richard said: “Should I hum?”

Richard didn’t know the song. Maybe it wasn’t even real, but she sang. Their arms slid across one another’s tacky flesh and they held each other close like only lovers or the lovelorn can. She rested her head near his heart and her waist-length, pheromone-wet hair leapt his shoulder and splayed across his back. A drop of sweat, his, hers, or a mix, ran down her body and tickled the belly flesh left of his navel.

The window opened. A thin wisp of breeze, North Summer morning chill, blew through the room. The sun had pulled itself high into the Eastern expanse of lake-blue sky. Richard turned just in time to see Lynn dissolve like the last grains of sand flooding the bottleneck of an hourglass.

After that, he was alone with the silence of his regret.

Nathan Bradford is a writer, philosopher, and film critic who divides his time between Bangor, Maine and Brooklyn, New York. Some of his earliest writings can be found in the R-Massive Zine Archive.