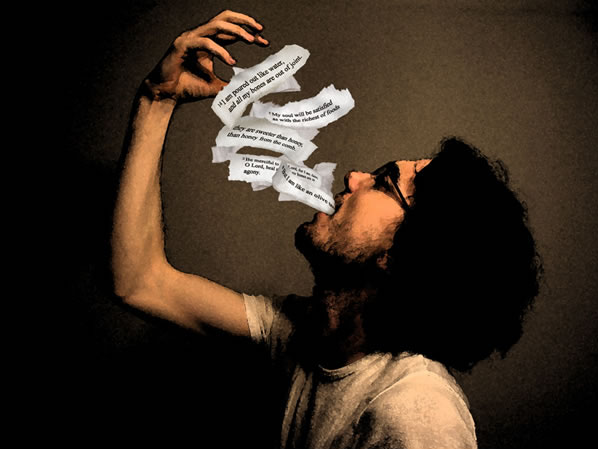 Joker was sitting on Nick Shortt’s couch. They hadn’t seen one another in over three years, but tonight, Joker had shown up at Nick’s apartment on the West End (out near the airport), and they had gone out drinking. Now it was late and they had returned to Nick’s place to enjoy a nightcap and a snack.

Nick was lifting a slice of cheese pizza to his face when Joker said: ‘Whoa, whoa, wait a minute. You’re tellin’ me that you’ve been dating this girl for a month, you’ve had sex with her twice, but you haven’t kissed her, yet?

Joker said: ‘Man, that is some dangerous shit, doin’ it all backwards like that. You could fuck up your sexual Karma for the rest of your life.’

Nick was sitting in a green rocking chair with a low seat. He said: ‘But kissing is so much more intimate than sex. It’s so much more, I don’t know…sexual.’

Joker sat forward and laughed. ‘Where’d you get that bullshit? Pretty Woman?’

Nick’s roommate was an attractive Brunette, hopelessly drunk and lying on the floor. She was good friends with the girl to whom Nick had twice made love, but never once kissed. She said: ‘Just kiss her for Christ’s sake.’

She said: ‘She totally wants you to kiss her.’

She said: ‘She really likes you.’

It was quiet for a long time, quiet as only the night can be.

Nick’s roommate said: ‘You’ve got to kiss her.’

DRINK ON THE JOB

One of those matte grey days
which always inspires me to write
The sky is the color of tombstones
and I feel something like hope
in my chest
But it’s a melancholy feeling
Like seeing an attractive woman from behind
And her shape
And her walk
And her hair
They all tell you that
her face is beautiful, too
But you’re far too many paces
behind her
And you’ll never catch up
And you’ll never know
for sure

Nathan Bradford is a poet and an MC, residing in the Northeastern United States. His Spoken Word and Hip Hop recordings are available in the Gigantic Monster Records archive.