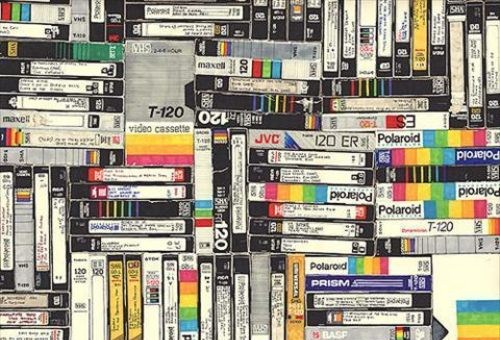 TONIGHT’S EPISODE: TOYS IN THE ATTIC

Every neighborhood has one. That house where all the kids gather after school to raise Hell and terrorize the locals. For me and my friends, that house was The Spearing’s. I spent so much time there in my youth, that I think it’s safe to say, Ralph and Cindy Spearing deserve as much credit for raising me as my own parents do. And I still keep in touch with them to this day. Tonight’s list is comprised of movies that I found in The Spearing’s attic upon a recent visit.

Jennifer Love Hewitt and Craig Bierko star in this bland ensemble comedy. The Suburbans were a one-hit wonder band in the ‘80s who’ve reunited in 1998 for an MTV reality show, a new album, and a world tour. Attempts to skewer the music business generally fall flat, and the domestic squabbles that ensue as the band mates navigate the minefield of their unresolved issues feel pointless and contrived. Ben and Jerry Stiller steal the show as a team of music execs anxious to see a payday, but Will Ferrell is mostly wasted in an empty role that feels like an afterthought. With Robert Loggia, and Antonio Fargas. J.J. Abrams was a Producer.

John McNaughton (best known as The Director of Henry: Portrait of a Serial Killer) skillfully juggles dark humor and pathos in this gritty slice of Swampsploitation. Matt Dillon plays a school teacher accused of rape by two separate students; Denise Richards, the popular cheerleader type, and Neve Campbell, the moody Goth girl. Kevin Bacon is the Sex Crimes Detective investigating the claims, and Bill Murray is a sleazy lawyer. How much you enjoy this film will depend on how twisty you like your plots. This thing’s got so many surprises, that even the end credits can’t stop them from being revealed. Protested upon its release for the (rumored) graphic, lesbian, sex scenes between Richards and Campbell. Followed by a disappointing sequel.

Here’s a direct-to-video flick based on a Japanese novel that practically challenges you to sit through it. Yuki Amami plays the suicidal girlfriend of Jason London (Mallrats). London is the titular serial bomber (no spoiler here, that information is spoon-fed to the viewer in a well-crafted opening sequence). Lori Petty and James LeGros are the diametrically opposed Feds who use Amami as bait to try and capture London before he strikes again. I can’t say this film is derivative, because I’ve never really seen anything else quite like it, but the plot, nonetheless, feels very telegraphed. This movie looks like it was filmed on an old VHS camcorder, yet features actors that I’ve seen in big budget Hollywood extravaganzas. Recommended if you like the home movies that you and your friends made back when you were in Junior High. Extremely pretentious, never dull. Set in Seattle, but obviously made in Canada.