Ramblings From a Semi-Deranged Mind #6 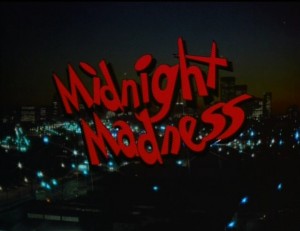 After the success of El Topo there was a decade-plus boom in “midnight movies” which provided a safer niche for off-beat films. This niche allowed films to “cruise”, lessening the pressure of needing to make big, big money. This allowed the audience to slowly find these films, rather than the studios giving up as soon as the first weekend bombed. It was really the last time where movies stood on their own as simply “movies” and not studio made events. So light up a spliff, and listen to my riff, as I tell of a time and place where the communal experience of going-to-see-a-movie was more significant than the movie itself. So let’s go back, and let me tell you a tale of the old days, when we went each Friday and Saturday night to worship our movies like gods, and reefer was the offering of choice.

Okay, before I get into the movies, I have to talk about the major fuel of the whole “midnight” movement.

Cannabis — the devil’s weed. Yes, at about 100% of these movies, the whole audience was smoking weed. It was the drug of the time, and Jodorowsky himself talked of being given many joints as he walked to the stage to introduce El Topo.

Another contribution was the gay community’s support of the first midnight booked movies in the late ’60s, specifically Kenneth Anger’s films (such as proto-midnight film Invocation of My Demon Brother), and Andy Milligan’s Vapors.

And then there was the amazing musical scores, from The Harder They Come to Pink Floyd—The Wall.

I am going to discuss the films in historical release order — starting from the 2nd (relative to El Topo), continuing to what is generally acknowledged to be the end of the era. Enjoy reading this diversion from the Jodoworsky journey, as I tell about the crater left from the bombshell that was El Topo.

Perry Hinzell caused a sensation with this one. It was one of the first successful movies made in Jamaica, and is a retelling of the Rhyging story — a real life bandit named Ivanhoe Martin who was a sensation in the papers, and a hero to the poor people of Jamaica. In Harder, Jimmy Cliff portrays Ivan, a young reggae singer who comes to the big city with big dreams. Like every other poor country boy with stars in his eyes, he soon finds out how hard city life is, and drifts into the ganja trade when he can’t get his record released.

This movie is a tale of the rude boy movement which came before the Rastafarian movement (of which Bob Marley was a big part). It’s initial release in the U.S. was ineffective, due to its accents, and the fact that reggae music was a non-entity to the U.S. at the time. So it was decided, based on El Topo, to give it a midnight release. The film took off in every town it opened in, and its classic soundtrack became a top seller.

The soundtrack had every major mover and shaker in the reggae movement at the time (except The Wailers, having obligations in England), but this was the starting point of reggae in the U.S., and also the first time viewers were exposed to Sergio Corbucci’s Django (a clip from it is a major point of the plot). This is a classic, and the 2nd major film of the midnight movie movement — a must see if you’re interested in the era.

This movie is about an insane man who runs around in a gorilla suit and designs topiary in the shape of communist symbols. His attempt to win back his wife is a slight movie, but at the time Chairman Mao’s Little Red Book was popular with college students, so this was a minor midnight hit. I consider it more of a semi-interesting footnote than something lost to the ages.

These next two films star Bud Cort, who, due to these movies, became a semi-hero of the midnight scene. He was a ’70s kind of loveable “any guy” with a quirky side. It’s sad how semi-forgotten both of these films have become.

This quirky classic is about a young man who likes to set up fake suicide tableaux, and an old woman who goes to funerals. It’s a pure oddball classic that wouldn’t have been a hit if it wasn’t for the midnight circuit. With amazing performances from Bud Cort and Ruth Gordon, this ode to living is backed by an amazing Cat Stevens soundtrack.

This has just come out in a nicely stacked Criterion DVD and is worth picking up if you’re a fan of zany ’70s flicks.

This may be the worst film Robert Altman ever did, and is weird as shit. This is about a guy who wants to fly, so he lives in a nest in a football stadium (Houston Astrodome). But there is a series of murders which he is accused of, in which the victims are covered in bird shit. Yes, bird shit. This was a midnight fave for a moment, then justifiably forgotten.

One trend of the times was taking horror and exploitation hits and calling them midnight re-releases. About every big exploitation hit went for a midnight run, mostly because the home entertainment biz didn’t exist in full force until the ’80s. Yes, VCRs had been on the consumer market since ’72, but the biz didn’t explode until around ’82-83. Prior to the VHS boom, you would have had to catch a reissue to see your fave movies, and that was a rare event.

And now to close: I am going to talk about the biggest gay “fuck you” to ever hit theaters, and the only movie to really be made for the midnight circuit. And it still packs a punch today.

This classic of film exploded onto the midnight circuit, and, with a dogshit eating grin, made jaws drop in shock as the battle for the title of “filthiest person in the world” flickered upon cinema screens. This movie was, and still is, one of the biggest benchmarks in gross-out humor, and has been beaten to death by better writers than me, so read them if you’re interested, because this is a ‘meh’ movie to me.

Okay, we leave it right here for now, with visions of Jack Nance transvestites, and the best damn double-feature ever dancing in our heads. Make sure to come back for Midnight Madness Part 2: Don’t Dream It, Eraserhead it!