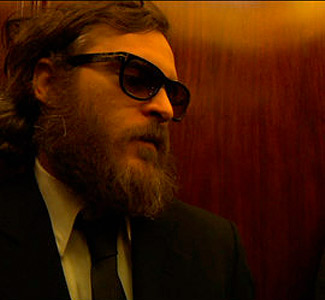 In the past few years, the mockumentary has gotten a bad rap. People are so sick of the shaky cam / found footage aesthetic, that many deserving films and television shows are sadly being left to fall by the wayside. Tonight we look at three classics of the genre. – Nate

NATE: The granddaddy of all mockumentaries, Spinal Tap brilliantly documents the trials and tribulations of its titular rock band as they navigate the ups and downs of an American comeback tour. Along the way, we’re treated to hilarious scenes of the band visiting Elvis’ grave, opening for a puppet show, and erroneously ordering a miniature replica of Stonehenge as part of their stage dressing. With Michael McKean, Harry Shearer, Fran Drescher, Paul Shaffer, Billy Crystal, Fred Willard, Ed Begley Jr., Howard Hesseman, and Anjelica Houston. Rumors of a five hour bootleg have circulated for years. Director Rob Reiner claims that over fifty hours of footage was shot.

STEVEN: Who would of thought that Manowar getting lost backstage before a concert would lead to a classic like this? So straight-faced and subtle that many viewers didn’t realize Tap was a fake band. I’ve seen the five hour bootleg for sale on grey market websites. Most of the footage was taken from the Criterion laser disc that has about two hours worth of deleted scenes. Still the best. TAP RULES!

NATE: This spoof of the rap industry is way funnier than the same year’s CB4. The story of Niggaz with Hats is relayed to a sociologist who films the entire thing for a short film that she’s producing. The group isn’t particularly bright, but they are hilariously controversial and some of their videos including Booty Juice, Come Pet the P.U.S.S.Y., and Fuck the Security Guards, are absolutely fantastic. Kurt Loder makes a brief appearance as himself.

STEVEN: This is a classic that sums up the early ‘90s gangsta rap scene perfectly. Funny, rude, and hilarious, this has an amazing soundtrack to boot and features a gag similar to Spinal Tap’s “dead drummer” joke. Here we see N.W.H. go through over five managers, each one of them shot to death by rival rap groups. The “dead drummer” gag was used in a lot of early mockumentaries and was an obvious nod to Tap. This film was a scripted comedy whereas Tap was adlibbed and the jokes here are much more obvious.

NATE: Easily one of the most disturbing movies ever produced, Man Bites Dog follows a film crew as they chronicle the exploits of a charming, poetry-spouting, serial killer. Eventually, they get in on the crime spree and we’re subjected to troubling images of rape, disembowelment, and torture. This extremely dark comedy is filled with industry in-jokes and knowing references to other movies. A sub-plot involving the deaths of numerous soundmen over the course of the filming is most assuredly a nod to Spinal Tap’s constantly expiring drummers.

STEVEN: FIRST OFF, BEHIND THE MASK RIPPED THIS FILM OFF AND IT’S A PIECE OF SHIT! IF YOU GIVE ONE CENT TO THE BEHIND THE MASK 2 FUNDRAISER, YOU’RE AN ASSHAT! This and Night of the Hunter are the best one shot films ever made! Dark, unflinching, and grim as Hell, this may be the blackest comedy ever and it’s also one of the best. So raw that even the poster was censored. The title comes from the quote: “If a dog bites a man it isn’t news, but if a man bites a dog it’s front page news.” It’s a quote that sums up the cynical nature of the film perfectly. This is one of my all time favorite movies and it still holds up today.

Nate Bradford is a film critic who divides his time between Bangor, Maine and Brooklyn, New York.
Steven Ronquillo was the original drummer for Spinal Tap.