Audio Gear
The traditional method of loading samples into the Casio RZ-1 is by sampling directly into the sample input. There is also the well known and documented feature of the MT jack which was designed exclusively for backing-up and restoring sample/rhythm data, but can also be exploited to sideload samples directly to the RZ-1, allowing bypass of the sampler input entirely. 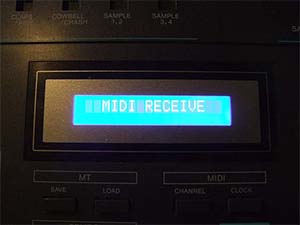 However, historically, almost no RZ-1 users have been aware of the capability of the RZ-1 to backup/restore both sample and rhythm data by means of Sysem Exclusive messages. The MIDI SysEx capabilities of the RZ-1 are so poorly known that it is often erroneously stated as fact that the RZ-1 has no SysEx support. This is entirely untrue–in actuality, samples can even be sideloaded to the RZ-1 over SysEx in much the same way as the MT jack exploit.

The remainder of this article describes the technique of using SysEx with the RZ-1. SysEx sideloading utilities have been made available for download toward the end.

Note: While this information has been tested to work, the following implementation reference is the result of reverse engineering and is not based upon documentation published by Casio, so there may be inaccuracies or omissions.

Note: All values are in hex — for example $F0 or F0h, depending on the notation preferred.

where zz is for RZ-1 to do the following:

THE SEQUENCER MUST INITIATE COMMUNICATION! 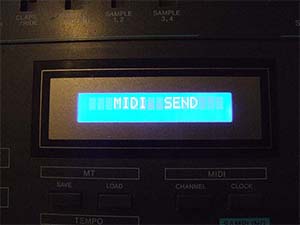 – If RZ-1 has more data to send then it sends a handshake of: 7n 32 (7n is handshake channel check, 32 is handshake more-to-send reply)

– Handshakes must proceed until Tx/Rx is done — only 256 bytes can be sent at a time (not counting SysEx codes or handshaking bytes), but those are nibbles which really only amounts to 128 proper bytes of data! Manually handshaking by sending one 70 31 reply per second seems to work well, but is quite tedious — an automated script which only replies when the RZ-1 sends its 70 32 handshake would be far superior. The CZ-style trick of flooding the RZ-1 MIDI buffer with handshake acknowledgements tends to stop the RZ-1 prematurely.

– RZ-1 terminates transmission with F7. Sequencer can send either another handshake or F7 to bring RZ-1 out of MIDI SEND mode.

It’s recommended to immediately edit the received header accordingly before saving it for later use, so that dumps can easily and properly be played when it comes time to reload them (see section below).

– Sequencer sends data but the return handshakes have been encoded by the RZ-1 previously during the transmission to the sequencer, so none need to be added as they are automatically played back at the proper points.

– Sequencer and RZ-1 both terminate transmission with F7

Last byte in sample RAM (before turning into high/low nibble bytes) — these would be the final two bytes directly before F7 when in SysEx form:

Sample pads 1, 2, and 3 all hold the same amount of sample data. Sample pad 4 actually holds slightly less than any of the other pads, so it ends up being imperceptibly shorter than the rest — about 1 sample fewer. The last couple bytes of sample RAM are used to hold general data instead of sample points. 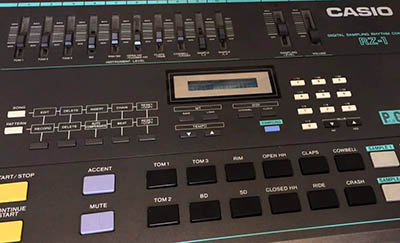 Contrary to any other inaccurate information encountered on the Internet, the sample format for the RZ-1 is: signed 8-bit, mono, 20kHz (20,833 Hz to be precise).

The RZ-1 uses only 8-bit samples for both RAM & ROM, although capable of utilizing 10-bits of dynamic range–not 12-bit or 24kHz as sometimes described.

Bome SendSX 1.40 with the following settings (which may or may not matter) is known to work:

Just load and send. That’s it. Although it should be noted that the RZ-1 can’t be playing back, so it needs to be powered on, hooked to both MIDI in / MIDI out, on Channel 1, and also in its normal “standby” mode with nothing special happening.

It should go without saying that these will erase anything already sampled, so don’t be surprised when the sample pads sound different. That’s the point.

As always, please consider that USB MIDI interfaces often have trouble handling SysEx messages, especially long incoming SysEx such as RZ-1 rhythm and sample data. Therefore, using an ISA/PCI/PCIe style dedicated MIDI interface is highly advisable, especially when sending a dump request to the RZ-1 as many USB MIDI interfaces (especially–but not limited to–discount brands) will have insufficient buffering when flooded by the RZ-1 MIDI output.

There can also be cases where a USB MIDI interface will send SysEx to the RZ-1 properly, but will only be able to receive partial dumps from the RZ-1. In other words, just because the interface works while transmitting, does not mean it is qualified for receiving.