Horrific was a Golden Age comic published by Comic Media between 1952 – 1954. Like many other horror comics from that era, Horrific was a simple anthology of pulp stories, usually presented in a “four per issue” format.

There were 13 issues in the series, and issues 4-11 are available below. 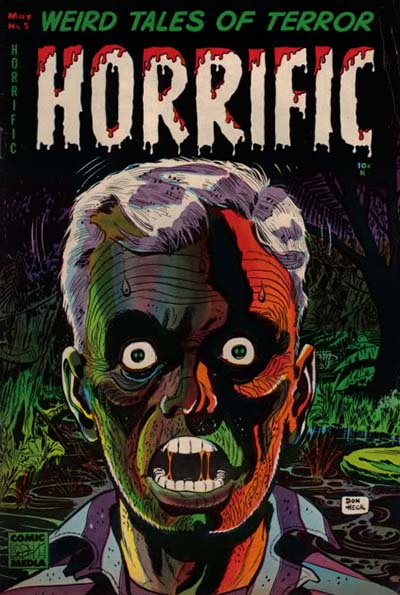 Due to aspect ratio and formatting issues it may be preferable to read these on a Kindle Fire or tablet, but PC users are encouraged to try Comicrack or CDisplayEx.