Ramblings From a Semi-Deranged Mind #2

EPISODE TWO: THAT GREAT GRINDHOUSE IN THE SKY
A FAREWELL TO DAVID F. FRIEDMAN, DAVID HESS, AND KEN RUSSELL

I was going to write the expected year-end wrap-up, complete with witty jokes and all, but, with the recent death of Ken Russell, it hit me that 3 of my favorite guys from the Exploitation genre died this year, so all my plans went to Hell and I decided to write this memorial instead. The deaths of these three men kicked me in the gut pretty hard so I hope I can do justice to their memories. If not, well…I tried, damn it! So here we go… 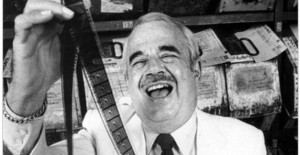 Hell, this guy was the History of Exploitation. You name it, and David probably did it. From running Kroger Babb’s Mom and Dad franchise, to making the first gore films with Herschell Gordon Lewis, this man was the heart of everything we love about Exploitation. When he died on February 14th, all of us Old School Exploitation fans wept. His passing marked the true end of an era. A great storyteller and an even greater pitchman, Friedman could sell sand in the desert and make you glad that you bought it. Here’s to you Mr. Friedman, and to your legacy. You will be loved and missed as long as there are Exploitation fans in this world.

A musician, a ladies man, and just one hell of a human being! When you met David you got the scary screen persona and much, much more. This death probably devastated me more than the others because of how outgoing David was towards his fans and how much I loved his work. If you only knew David through his films, you missed out on a Hell of a lot of who he was, because his music was just as amazing. And through his interactions with a couple of close friends, I came to know how big his heart was, and it was the size of a Goddamn mountain. Like he wrote in his song Promised Land: “See that man / hat in hand / watch him make the puzzled rhyme / Turn around and now he’s gone / Hey, hey he’s a friend of mine.” So thanks, David, for all the great music, all the great films, and for putting up with all our stupidity. 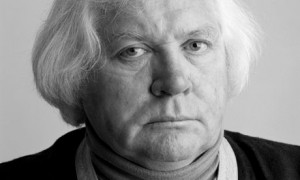 The Premiere British madman, Ken was definitely governed equally by his passion for art, his love of violently deconstructing the inanities of modern culture, and his hatred towards our blasé reality. Like most of my generation, my first introduction to Ken’s world was his 1980 film Altered States; the preeminent head trip of its day. It wasn’t until later that I saw some of his wilder stuff. Ken was an all or nothing Director. You have to commit fully in order to enjoy his films; there is no middle ground. From 1971’s The Devils to his most recent work, there isn’t a bad Russell flick out there. Some are weirder than others, but all are masterpieces. From his over the top biopics, through his elegant adaptations of the works of D.H. Lawrence, to his volatile comments on the state of our world, Ken was a renegade and I thank God for that!

2011 was a hard year of losses for fans of Exploitation. Personally, I will keep on keepin’ on because that’s what you gotta do, but fuck; let’s not lose anyone else any time soon. I wish I could end on a more upbeat note, but this hasn’t been that kind of year. Peace out and here’s hoping that the next time we speak, it will be under more pleasant circumstances.