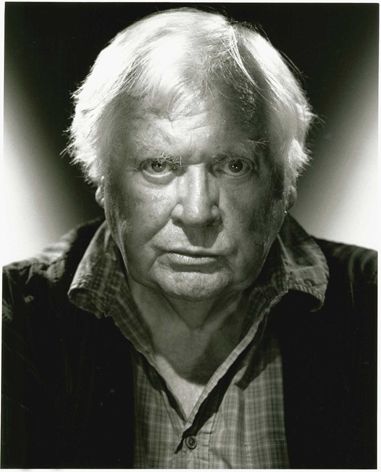 EPISODE SIX:
A TRIBUTE TO KEN RUSSELL (PART ONE)

Ken Russell, who passed away on the 27th of November, was an amazing filmmaker and a complete madman, something for which all of us who called ourselves fans loved him dearly. I wouldn’t describe his films as Exploitation so much as Artsploitation, but regardless, these next two articles are our tribute to Uncle Ken’s works. We hope you enjoy them, and if you find a title here that you haven’t seen yet, by all means, go and see it. – Steven

TRAPPED ASHES (SEGMENT – THE GIRL WITH THE GOLDEN BREASTS) (2006)

NATE: This film plays like one of Freddie Francis’ Horror anthologies from the ‘60s and ‘70s. A bunch of despicable characters take the back lot tour at a fictional film studio and find themselves locked in a room where-in they are forced to recount tales of terror and humiliation. All of the segments are enjoyable and each one of them is reminiscent of its individual Directors’ unique style, but Russell’s piece is the standout. It seems a cult of cosmetic surgeons have been implanting starlets with fake breasts which need to feed on human flesh and blood in order to stay voluptuous. Scenes of fang-lined nipples opening like mouths are particularly disturbing, yet delightful. As per most of Russell’s work, it’s all played for tongue-in-cheek laughs, though the thinly-veiled social commentary is hard to miss.

STEVEN: I haven’t had the good fortune to see Ken’s last filmed work so, I’ll speak here on his first feature-length theatrical release instead. (This may seem wonky, but Ken loved to tinker with time in his movies, so I shall do the same here). Women in Love was the only film of Ken’s to ever receive Major Oscar consideration (with nominations for Best Actress and Best Director) which, considering his amazing body of work, is kind of a shock. This film (the first of Russell’s D.H. Lawrence adaptations) shows the more elegant side which The Director used when dealing with his literary translations. Women in Love also marks the first collaboration between Russell and Oliver Reed, the actor with whom The Director would later make his most infamous film.

NATE: Russell’s wife Theresa stars as a smart-mouthed, cheeky excuse for a prostitute who talks to the camera like Ferris Bueller. Despite the grim subject matter, this movie is actually pretty funny. Jack Nance plays a helpful school teacher and Russell himself appears as a waiter. Danny Trejo is a tattoo artist and Antonio Fargas is a homeless Rastafarian who slits a pimp’s throat. There’s a Grandfather of two who likes to be beaten with a cane, and a businessman who masturbates with a shoe in his mouth. Four versions of this movie exist on VHS. Last I checked, one of them was available on YouTube along with Russell’s The Devils, Savage Messiah, and Salome’s Last Dance. In one scene, The Lair of the White Worm is seen listed on a theatre marquee.

STEVEN: Ken’s FUCK YOU to Garry Marshall’s Pretty Woman ended up being one of his more controversial films in the U.S., not for its content so much as for the damn title. This flick, about a day in the life of a Los Angeles street whore, is the least glamorous movie about being a hooker ever made (with the possible exception of Private Services which is equally as nasty). It’s a perfect little film and one of Ken’s best. Sadly this is not available on DVD, probably because of its title.

Note: Not as a North American release, however there is an uncut PAL DVD in existence. – Ed

NATE: Based on a novel by Bram Stoker, Worm is a hallucinatory romp of a film. It stars the very sexy Amanda Donohoe (who spends a good deal of her screen time naked) and Hugh Grant. There’s a Pagan cult, virgin sacrifice, and an image of Christ being crucified. Giant snakes show up, and nuns are impaled. It all takes place in Scotland. This was the third Russell film I ever saw (after Altered States and Tommy).

STEVEN: One of the best damn dirty jokes of a horror film ever made. This movie (whose title is a euphemism for pussy) is just Ken taking the piss out of the horror genre and everyone involved is having a damn fun time helping him do it. This movie, about a snake worshipping cult planning to bring a giant one eyed worm out of its hole to eat virgins, is as classy as a cheap motel room and just as much fun. If you can’t just let yourself go and enjoy this ride THEN TO HELL WITH YA!

NATE: Gabriel Byrne is Lord Byron, Julian Sands is Percy Shelley, and Natasha Richardson is Mary Shelley in this work of speculative fiction ostensibly based on true events. The characters talk a lot, hold a séance, and take opium. Later, their evening degenerates into a series of bizarre hallucinations. One person sees a pair of breasts with eyes for nipples, and another sees a demonic dwarf. The whole thing takes place on a dark and stormy night in an isolated mountain villa.

STEVEN: It’s hard to find an unadulterated version of this film thanks to the various shitty cuts and transfers that are available on DVD. Similar to 1988’s Haunted Summer, Gothic tells the story of the famous weekend in which Lord Byron challenged his houseguests to write horror stories and Mary Shelly answered that challenge with a now classic little book called Frankenstein. This movie is one of Ken’s mad romps where he just utterly twists our reality to create the ambiance he desires.

Steven Ronquillo is a huge fan of Ken Russell.