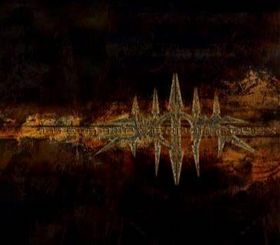 This industrial/death metal band was a rather random find, truly the underground distribution system at work.  It was worth the effort.  As far as I know, this is the first release from this Egyptian outfit.  Nothing groundbreaking, but keeping the high tempo death metal tradition alive.  Dead-on riffing and low growling vocals, some tremolo picking, chromatic scale solos, you know the drill.

The vocals are pretty standard for the genre, but are well-executed, and at times are a bit catchy.  The vocals appear to be in English, but I couldn’t really make them out, in true DM fashion.

There really isn’t much of an industrial sound to this band other than the processed sound.  The guitar has a biting, harsh buzz to it, with lots of high-end.  I’m sure a lot of purists will start screaming about using tube-amps upon hearing this band, but I believe the artificial tone is what gives Worm its charm.  I had to wonder what Worm would sound like if the guitar tone was slightly tweaked to resemble the type of tone used by Sonic Mayhem on the Quake 2 soundtrack.   Possibly disastrous, but maybe worth experimenting with.

Worm takes a Fear Factory-esque approach with precision drumming, and a few keyboards/samples here and there, resulting in a mechanized Cannibal Corpse / Hypocrisy effect.  Honestly, the keyboard work is a bit weak compared to the death metal styling.  Not that it’s bad, but it’s only mediocre.  Most of the sounds are probably something like a Yamaha DX-7 with factory presets.  If they improved the industrial elements it could give them that extra something to make them really stand out.  Get a keyboard/sample guru and really work it, guys!

The production is fairly good, with just the right amount of grime to give it that industrial edge, while still remaining listenable.  Being a demo, there are some points that are a bit too raw, but that’s forgivable.  I would love to see this band take some time to really rework this demo and record it in a proper studio and have it professionally mastered.   There’s a lot of promise here.  This demo is short and sweet and leaves you looking forward to more.