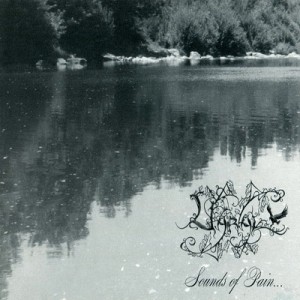 I’m not familiar with Uaral’s demo releases, but this duo’s first CD release on Lost Horizon reminds me a bit of a folk version of Nortt.  If he moved to Chile and replaced the droning electric guitar with an acoustic, you might get something like “Uaral – Sounds of Pain”.  The opening moments of “Sounds of Pain” starts of with rain, thunder, and ambiance reminiscent of Gudsforladt.  Some nice tortured screams and panting (haven’t heard this done much, good idea) as well.  The middle section is filled with beautiful (apparently fingerpicked) guitar, some organ, flute, strings, and alternate percussion.  You can hear the native Chilean influence throughout.  This album is primarily slow and moody, but has some faster tempo, death metal parts, such as the end of the title track, which breaks things up a bit.

The last track, well… it’s a bit dramatic.  In my opinion, unnecessary and over-the-top.  If Jonathan Davis (Korn) had a grimm love child, this quite possibly could be the result.  Sob.

The vocalist, Caudal, has an adequate baritone singing voice, and a worthy growl.   There are a few moments where the vocals feel misplaced, but he gives a strong performance.  Lyrically, being an English speaker, I cannot fairly comment, but the poetry on their website seems to be fairly typical, “I bleed eternal”, meloncholy.

All instruments are well performed by Aciago, which is surprising considering the amount of instruments on here, none of which appear to be samples or synths.

With a running time of about 61 minutes, only about 5 minutes feel like filler.  Every song sounds like it belongs, but they still have a personality of their own.

On to the production.  The mixing and mastering of this album is pristine, yet I found myself wishing for a tiny bit more low end, particularly on the drums.  There seems to be something flat about this album in parts, perhaps lack of presence on the bass guitar, but the low vocals have a nice rumble, as well as the organ reverberation.  Perhaps this is simply a matter of personal taste.

All in all, I cannot believe this band has not gotten more exposure.   Uaral really has the folk style down.  I would like to see them expand into Morgion territory and really hone their seldom used death metal style.  The parts where they did utilize a more traditional doom sound were quite epic.  Uaral needs to get a few more people involved to expand their sound and push the envelope a bit.  If they could do that, they could dominate.