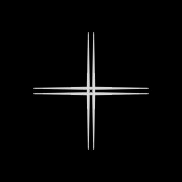 Inititally a self-release, and now thankfully available through Earache, this album is a hidden gem brought to the surface. The sound is comparable to a more tribal and less chaos infected version of Halo, subtract most of the vocals. Another possible comparison would be bastard child elements of Neurosis and Sunn o))). In my opinion, Hyatari are raising the bar on the drone genre. Taking what Earth / Sunn have pioneered and mutating it into atmospheric metal / noisecore territory. Ultimately, Hyatari will be known for paving the way for ‘post-drone doom’. I predict this album is the vanguard of the new breed of drone. The songs are monstrous and beastly, but refined enough to give it a sense of purpose. They’re less organic and random than most noisy bands but the layering of sound effects / drones / and synths really puts flesh on the skeleton. ‘Harvesting Sod’ stands out in this regard. They’re also able to pull off a more straight forward and uptempo industrial doom sound, specifically the amazing track ‘Fourth Realm’. This song is much busier than the others, and actually has vocals. If every song on the album was as strong as ‘Fourth Realm’ then Hyatari would be one of my all-time favorite bands. But I hate to pigeon-hole in this way, as one of the most appealing things about this album is its variety. Hyatari aren’t a one-trick pony. They take all the good elements of complimentary genres and blend them together into one gruesome gravitory strike.

On the technical side of things, the production is perfect. The bass is full but not muddy like so many noisy bands. The highs are crispy and not annoying. The drums are spacious but still with presence. Well done. At a few points I’d be interested in a slightly busier mix since things seem a bit barren without vocals to carry the songs, but other instruments generally step to the lead. But then again, this really provides a proper bleak soundtrack and if it was too busy, then it might lose its appeal, especially to drone heads. Fans of Halo, Godflesh, Bunkur, and Neurosis might all be interested in this freshly unearthed disc. Thanks for the excellent distro Earache!

the power of the dark is very seductive