Video Reviews
a.k.a. In Defense of Daughter of Darkness 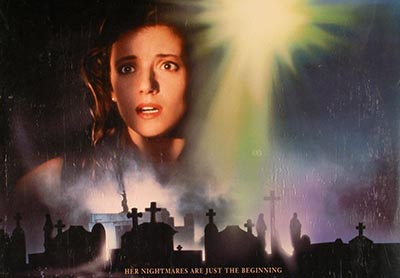 If you’re familiar with this movie, you’re almost definitely a Stuart Gordon fan or you just happened to stumble upon it during its initial broadcast in 1990-91.  This vampire flick has been pretty much forgotten, and those who do still remember Daughter of Darkness tend to withhold any praise.  Those who are blockbuster fans will dismiss it as a bland, slow-paced, made-for-TV movie with cardboard characters, and those who haunt more macabre realms will claim that it doesn’t measure up to Gordon’s better known films, such as Re-Animator and From Beyond.

Well, I suppose if you’re a gore-hound splatter-freak, or are expecting A-list actors in a big-budget production then you’ll want to avoid this, but I think Daughter of Darkness has its own strange charm.  It’s more sedate than say, Dagon; it doesn’t try to assault you with jump scares or too much action.  It’s not a masterpiece and it doesn’t pretend to be.  It’s something that you can watch just for the sake of being told a cool little story.  It’s quite moody and atmospheric, it places an original spin on the traditional Hollywood vampire, and it’s well-cast. 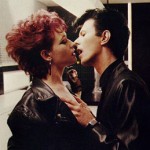 David Bowie in The Hunger

The Eastern European setting is perfect for a vampire story (hello Transylvania!), and the set design is suitably creepy.  There’s some disturbing character to the locale without it getting too far fetched, and the same thing can be said with respect to the vampire characters.  They were stylish, hip, and interesting enough to keep some mystique and intrigue, but not so over-the-top or garish that you want to roll your eyes.  As far as vampires walking amongst the living goes, it was plausible enough that I could suspend my disbelief, but edgy enough to keep me enthralled.  The vibe was a little more campy than Tony Scott’s The Hunger, but not as absurd as Queen of the Damned.

Speaking of vampire movies that came before, one refreshing thing about this flick is that it doesn’t follow all the nosferatu / Dracula cliches blindly.  No, the vampires aren’t conceptually radically different from Chris Sarandon in Fright Night, but, of course, they wouldn’t be vampires if they didn’t drink blood.  There’s no doubt there’s a common heritage there, but it was surprising to see Daughter go way back to certain aspects of the old Polish mythologies, and become a little more low-brow than “The Count”. 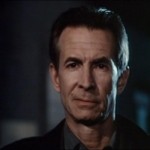 Also surprising is how they afforded the cast, who, at the time, were relatively bankable.  The caliber of talent in Daughter is a little higher than most other Gordon films (or b-movies in general).  We’ve got Anthony Perkins (Psycho) to add a little horror cred, Mia Sara (Ferris Buller, Legend) as an affordable, yet loveable starlet, as well as Jack Coleman (Dynasty) because, well, who else do you turn to when you need a good looking guy for a TV series / TV movie?  Mostly everyone else is local talent (Eastern European), but the roles all fit, and the Max character comes off perfectly as an endearing local yokel.

Another strange thing about the production of this movie is that it was made-for-TV, yet is Rated R.  There’s not an excessive amount of gore (especially compared to other Stuart Gordon films), but there are topless and scantily clad females.   This was also at a time when Cinemax / HBO were the only stations that would touch that kind of material unedited, yet there are clearly defined “commercial break” sections present.  Odder still, this ended up being a late-night broadcast for CBS (minus the breasts, of course) which was a bit racy, especially considering they were running a lot of Hallmark movies at the time.

As far as technical execution goes, the cinematography is hit-or-miss.  There are some stylized and beautiful shots (sunsets, of course) and some interesting dutch angles, but there are various parts where it looks like different film stocks have been used, or the film was developed differently.  I think this was a by-product of super-imposing video titling over the film, but it makes those few sections look like stock footage.  How distracting.

The audio is a mixed bag as well.  Daughter of Darkness was produced in 1989, and Hellraiser 2 had just been released to wide acclaim, so it’s no surprise that you can find hints of Christopher Young (composer of Hellraiser) in the Daughter main theme.  Originality aside, the movie is well-scored, and there’s even a bit of cleverness when one of the characters plays a version of the main theme on harpsichord.  The incidental music (played in a night club) is very ’80s and hasn’t aged well, but it does suit its purpose.  The fault in the audio, however, is that there are parts where the dialogue becomes really loud and then really quiet again.  Not to the point where you can’t make out what is being said, but it’s not natural or smooth sounding either.  But hey, this was over 20 years ago when digital technology was just starting to become a normal part of living, so I’m not sure I should complain.

What I would like to whine about, however, is that the only official release of Daughter of Darkness (in North America, at least) was in the form of VHS and laserdisc, and both are long out of print.  Even DVD bootlegs are hard-to-find and are of poor quality.  The up-side is that we’ve obtained a high-quality digital transfer and made it available for your viewing pleasure.  (Besides, how many people still have their VCR hooked up, or even owned a laserdisc player?)  This is most likely the best version in existence (besides the original masters), and the only one available on the Net.