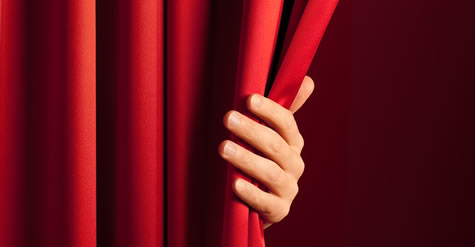 EPISODE ONE: ALL THE COLORS OF THE RAINBOW

This series of articles is about the gimmicks and techniques that make movies fascinating, not the movies themselves, so none of the titles I discuss will be critiqued. From how we see them, to how we hear them, to the gimmicks that got us into the theaters, these are the things that make the magic shine even brighter. These techniques were initially used to get asses into seats, but ended up being the advances that changed our lives in some ways, our movie going experiences in others, and fostered fond memories all the way around. So here’s to the art of “The Sell,” a thing that sadly seems to be lost in today’s Hollywood.

From the dawn of cinema, directors have utilized the art of tinting to amaze us or to draw the eye to something we wouldn’t otherwise notice. The earliest use of color is from Thomas Edison’s version of Frankenstein. The monster was tinted green, “The Color of Terror,” as the ads said. Sadly, there are no longer any copies of this film in existence. The earliest known motion picture which made use of color and still exists today is Lon Chaney’s Phantom of the Opera. The death scene was tinted red and is still amazing to watch to this day.

Nosferatu was released in black and white, but was later tinted blue like director F.W. Murnau originally wanted. It looks amazing and adds ton of atmosphere to the movie.

Movies dominated the entertainment industry until the 1950s when their biggest enemy hit the scene. T.V. changed the game forever and forced filmmakers to give us what the silver screen couldn’t; color. The Wizard of Oz boasted an astonishing use of color from its sepia-toned opening scenes, to its explosion of color when Dorothy first lays eyes on Oz. This was a major gamble by MGM and it paid off big time. Until its restoration in the 1990s, no one from my generation had seen the sepia-toned version, so this was a jaw-dropper when I first saw it as an adult.

The Tingler – Here’s a real “Holy Shit” moment since everything is in black and white except for the blood. William Castle created this amazing scene and it’s one of the best, most shocking uses of color ever.

Jose Mojica Marins could only afford one roll of color film so he used it for the end of this movie when Coffin Joe goes to Hell. It’s a startling and amazing scene and one of the more insane versions of Hell ever put to film.

The Purple Rose of Cairo – This one features a rare twist where the fake out scenes are in black and white and reality is presented in color.

They Live – John Carpenter’s awesome parody of the “good-old-days” has the fake world sketched in color and reality laid out in black and white. Kind of like in real life.

So there you have some of the best uses of color in film. I hope you like this idea and that you will come back to read some more.

NEXT EPISODE: SOUND AND LIGHT