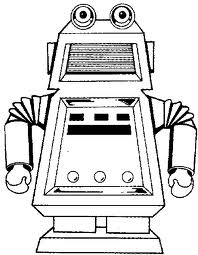 From Metropolis to Star Wars, The Terminator to Robocop, robots have long fascinated mankind. Tonight we present our top three forgotten gems from the exciting, ever-growing world of robotics.

STEVEN: Ahh, Robot Jox, a forgotten gem from the years when Empire Pictures was trying to go legit (their prior releases included Ghoulies, Re-animator, and Puppetmaster). This was the last film that Stuart Gordon made for Empire because they screwed him over on both the budget and the rating. Gordon wanted an R, but since Producer Albert Band thought only the kiddies would want to see this, he pushed for a PG-13. Band also wanted Gordon to do a sequel for half the price.

NATE: As I’ve mentioned in this column before, I simply adore Stuart Gordon’s Lovecraft adaptations (Re-animator, and From Beyond specifically), so I’ll give any film that he makes its day in court, regardless of rating or subject matter. Robot Jox isn’t in the same league as Gordon’s best work, but I’m inclined to blame that on Producer Albert Band. As co-founders of Empire Pictures, Band and his brother Charles (as both Directors and Producers) were responsible for a number of simply horrible films throughout the ‘80s and ‘90s (Prehysteria, and Dollman vs. Demonic Toys among them).

Jox has a fairly straight forward Sci-Fi storyline (in post-nuke Siberia, giant robots fight for sport; sabotage and corruption abound), but fails quite spectacularly in its execution. The effects are cheap and, despite a number of amazing set pieces, the movie feels quite claustrophobic, making it seem as though it was filmed on a series of sound stages (which it was). Crash and Burn was another Empire pic with a similar storyline. The film’s original title was Robojox, but the makers of Robocop sued the Producers, forcing them to change the name to Robot Jox.

STEVEN: To this day, I am amazed that the makers of Evolver didn’t sue Warner Brothers over Joe Dante’s 1998 film Small Soldiers since the plots of the two movies are essentially identical! A member of the “Hey-Let’s-Take-Dangerous-Military-Software-And-Put-It-In-A-Kiddie-Toy-Without-Removing-The-Dangerous-Stuff-And-Hope-For-The-Best” school of filmmaking, this camp classic from the ‘90s is reason number one why you shouldn’t muck around with toy robots!

NATE: Like Stuart Gordon, Joe Dante is one of those Directors who can do little wrong in my eyes. Still, I must agree with Steven on this one. Those of you familiar with Dante’s Small Soldiers already know the plot to Evolver. A pet robot, ostensibly programmed to be fun for (and helpful to) the teen who wins it in a contest, goes on a hi-tech killing spree. It seems the bot in question just happens to have some leftover military software sleeping in its brain and, like Skynet, slowly becomes self-aware. Hi-jinks ensue. Like many low budget Sci-Fi & Horror flicks, Evolver suffers from some issues in the writing, pacing, and acting departments, but, overall, this is a fun film that balances its goofy premise with some pretty cool scenes.

STEVEN: Chopping Mall is a fave for a lot of us sleaze gurus, but I actually love the cameos more than the film as a whole. Paul Bartel and Mary Woronov as The Blands, and Dick Miller as Walter Paisley geek me out more than all the other Horror-In-A-Mall films combined. The robots are basically from the “Let’s-Use-A-Bazooka-To-Protect-A-Ham-Sandwich” school and who in God’s name would say: “Hey, let’s have a party at the mall. Worst case scenario, it gets us 5 to 10”? He he he.

NATE: I love the fact that, even after all these years, filmmakers haven’t figured out that audiences can tell the difference between a 30-year-old man and a 17-year-old boy. Chopping Mall features a group of the oldest ‘teenagers’ you’ve ever seen and, in a plot that could only exist in an ‘80s movie, said teens decide to spend the night partying at their local shopping mall. Unfortunately for them, this mall is protected by three robot security guards who don’t eff around. No tickets or citations; these mofos will simply end you with their high-tech lasers. Cult Director Jim Wynorski goes for boobs over blood, but you’ll still enjoy this over-the-top camp-fest (especially if you’re a fan of the classic films of Roger Corman, Wynorski’s mentor).