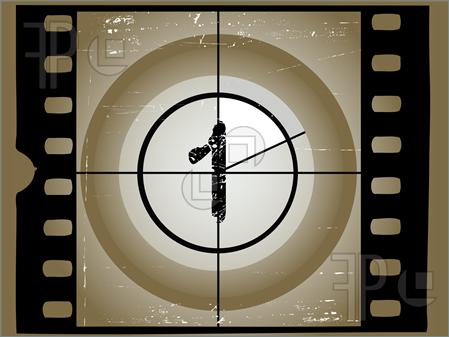 We all remember the joy of the classroom filmstrip. For most of us, it meant the difference between squirming our way through a boring lecture and zoning out to some poorly acted farce intended to instruct us in the subtleties of social norms. And while many of these films have become ubiquitous (an obviously stoned Sonny Bono giving an anti-drug lecture in Marijuana, the tiresome antics of Mr. Bungle in Lunchroom Manners), thousands more have been seemingly lost to the ages. Here are a few of our favorites. – Nate

NATE: Here’s an example of a film that does the exact opposite of what it sets out to do. While this story of a young girl who gets turned on to LSD after smoking marijuana at a party was intended to scare kids off the drug, I’d be willing to bet that more kids were intrigued by the trippy visuals, the groovy sound effects, and the descriptions of the girl’s hallucinations than were scared by them. I for one love the faces that the young actress makes while under the influence, and I can’t get enough of that troll doll. For some reason, this film was made with the backing of The Lockheed Aircraft Corporation.

NATE: Here’s a film starring a young Dick York (T.V.’s Bewitched) and narrated by a young Mike Wallace (60 Minutes). I’ve thought this one was hilarious ever since the first time I saw it. York plays Phil, a lonely electronics enthusiast who just can’t seem to make friends. His dad suggests that he try imitating the popular kids (“Wear a sweater instead of a suit,” “Watch and listen,” “Pick out the most popular kids and keep an eye on them”). Phil gives it a shot and, although his argyle sweater is no match for the Christmas fleece that the other kids wear, his interest in stereos easily trumps classmate Helen’s obsession with Diner menus and he gets invited to an after school mixer. From there on out it’s all jazz records and Co-Cola. Way to go, Phil. By conforming to every social norm and sneaking around like an eavesdropping creep, you managed to make friends with some of the most boring kids in the world. I sure would like to get a look at that menu collection, though.

STEVEN: Dick York was in a few of these before he hit it big with Bewitched. This is one from the “if-you-don’t-fit-in-then-you’re-going-to-Hell” subgenre. These films were aimed at teaching you how to tow the line, how to follow the crowd, and how not to make waves. This is one of the earliest examples of said subgenre out there.

NATE: Here’s a film that will shock and disturb even the most jaded viewer. Like Driver’s Ed scare films such as Red Asphalt that end with actual footage of car crash victims, so too does this short end with (supposed) actual crime scene footage of dead little girls. Even if that shit isn’t real, it’s disturbing. The story leading up to said shock ending is equally troubling with a whole neighborhood full of characters that know that the kidnapped girls took a ride from a stranger doing nothing to stop or report the anomaly. The eerie hopscotch song that plays over the opening and closing credits is also pretty freaky.

STEVEN: This one, to me, is the most no bullshit safety film ever made. It took balls to actually show why you should be afraid of molesters in such a raw and realistic way. I can say that this bad boy probably scared the Hell out of kids back then and Hell, it still disturbs me now. It’s your normal, standard safety film until the last four minutes, and then it shows actual footage of the corpses of two young girls that some sicko has killed and molested! If that doesn’t slap you sober, nothing will!

NATE: Here’s a film that tries to trace the social roots of vandalism and actually does a pretty good job. Jeff Turner (who looks like Jack Kerouac) comes from an unloving, dysfunctional family. The anger and detachment that he feels manifest themselves in petty acts of destruction until, under the influence of his peers, he breaks into the local high school, sets fire to the science lab, and accidentally kills a bunny rabbit. My favorite scene is when the seemingly normal Jeff, seething with hidden rage, bites into an apple that turns out to be rotten. This film ends much like Ed Wood’s The Violent Years with a judge lecturing the children and parents alike before handing down his sentence.

STEVEN: The films from this era usually ended with a Godlike judge shaming everyone and that was that, standard operating procedure. This one was the first to leave it open-ended and give the viewer the luxury of making up his or her own mind.

NATE: Perhaps the most infamous of all classroom scare films, Duck and Cover is intended to inform kids as to what they should do in the event of a nuclear attack by those darn Commies. Either through ignorance or deliberate disinformation, however, the film laughingly fails to mention that none of these techniques would actually aid you in the event that someone did decide to drop the big one on Anytown, U.S.A. Mostly remembered for the cheerfully dopey Bert the Turtle and his catchy theme song.

STEVEN: This is a perfect example of how the U.S. Government in the 1950’s tried to downplay how nasty the atomic bomb actually was. With goofy animation and some of the most insulting advice ever, this is the scariest of all of these films if you ask me.

NATE: Although lacking in gore, Bottle was one of the earliest examples of the drunken driving tragedy film. Bill and his pals have a few beers at the beach and, on his way home, Bill runs down a young woman and her daughter. In what amounts to a throw-away line at the film’s conclusion, the daughter is reported to have died; the young woman will never walk again.

In Alco Beat, we witness a controlled experiment in which drivers have their skills tested on a closed course and then, after being plied with liquor by the Arizona State Police, attempt to maneuver the same course a second time with hilarious results.

I decided to discuss these two shorts together because I was fascinated by the fact that, in the case of Bill (who is introduced to us as a high school student), a charge of OUI is narrowly avoided by simple virtue of the fact that he is not over the legal limit of .15. You read that correctly. It’s even repeated during Alco Beat; the legal limit is .15. Are you kidding me? If you were pulled over now-a-days with a blood alcohol level of .15 after having run down a couple of pedestrians, you’d probably be arrested for murder (or AT LEAST aggravated manslaughter). And this kid’s still a high school student! I realize the drinking age was 18, but still…

STEVEN: It’s scary as Hell to see what was permissible back then. The whole gorestrip genre wasn’t born until the first Red Asphalt film (1964). Before that, filmmakers danced around the subject, but once those floodgates were opened, whooooboy! Which leads us to:

NATE: Two bored teens “borrow” a car from a buddy and cruise around town, picking up on cute girls while a series of funky songs play on the soundtrack. Eventually they’re chased by the cops and crash the car while trying to escape. It’s based on a true story. I included this one because I love everything about it: the dialogue (“What a hot shot”), the fashions, the hair-dos, the cars, the set pieces, and the soundtrack. Groovy.

STEVEN: This one is part of the gorestrip genre and carries the typical message of “IF YOU DON’T OBEY SOCIETY’S LAWS YOU WILL DIE A HORRIBLE, BLOODY DEATH YOU LOW-LIFE PIECE OF SINNING TRASH!” These were always the ugliest and meanest of the safety films and, in my eyes, the least fun to watch. This is enjoyable for all the reasons that Nate mentioned, but this whole punishment film subgenre always leaves a bad taste in my mouth.

We hope you enjoyed tonight’s list. If the response from you, the readers, is favorable, this will be the first in our series of safety film reviews. So don’t forget: keep safe and don’t do bad things, because God and The Commies are always watching.

Steven Ronquillo once survived a nuclear blast by ducking and covering.